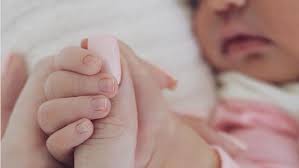 Interestingly enough, there are many people who post on social media and get a following large enough to start monetizing their posts and making money. These people are called influencers. They are called influencers because they have a large following, and have an influence on the people who follow them. These influencers are often young, attractive, fit, and post pictures of themselves on glamorous vacations, luxurious shopping trips, and having fun with their equally attractive friends (who are also influencers). Being an influencer is the equivalent of being a celebrity: they have seemingly perfect lives and big bank accounts. However, what is the quality of the content posted on Instagram?

Not quality. Not at all. Instagram and social media, in general, is an endless hole of useless, meaningless, poorly made, bad content. Youtubers pull out a camera and poorly record their lives for a day. Instagram ‘comedians’ make a 30-second video on their phones that features the worst acting you have ever seen and jokes that are reliant on racist and sexist stereotypes. Fitness bloggers post a photo with a slimming tea and get paid for their endorsement of the product. Normally, this wouldn’t bother me, but this week Instagram was in the news several times. At the beginning of the week, Kylie Jenner broke the record for the most liked picture on the platform. This headline followed with several reports regarding Kylie Jenner and her earnings from her Instagram. She is reportedly making $1 million dollars for every photo she posts on Instagram. $1,000,000 for posting a photo. This is ridiculous. 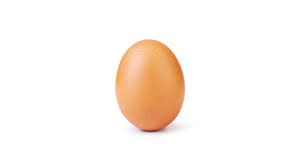 Following Kylie Jenner’s record-breaking photo, someone opened an account on Instagram and posted a photo of an egg with the hopes to surpass Kylie Jenner as the queen of Instagram. The egg succeeded. The photo of the egg has smashed Kylie’s record with 53 million likes and the account now has 10 million followers. That large of a following is crazy and larger than some influencers who make a living posting on the platform. So, with 10 million followers, theoretically, brands might approach this account and offer brand deals, partnerships, and free merchandise. Theoretically, this egg can start making money off Instagram.

It wasn’t until I realized how much money influencers make that I realized how bad their content really is. It doesn’t make sense how so many untalented people now have a huge following and can make massive amounts of money by doing the bare minimum on social media. Bad content used to be just what I expected to see when I logged onto Instagram. But now, I am starting to think that maybe the price is not right. When it comes to social media, you do not get what you pay for.