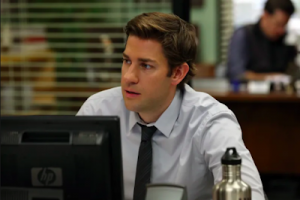 For a few months, my family and I have been watching The Office for the first time. All of us have taken a liking to John Krasinski who plays Jim, the loveable office prankster. Even my dad appreciates John Krasinski, although I’m pretty sure we like him for different reasons. My dad thought he was a good actor, and when my dad takes a liking to anyone in entertainment, the first thing he does is reads their IMDB page. IMDB, or International Movie Database, is a website that has all information available on everything entertainment. From cast and crew lists, filmographies, this website is the best resource for anything film or tv related. So, when my dad looked at John Krasinski’s IMDB page, he discovered that John was in an Amazon original series called Jack Ryan. My dad was intrigued and, we decided to watch it.

Now, honestly, I was not interested at all in this show. All I knew was that this show centered around the fight against terrorism. I am always wary of shows that deal with terrorism, especially when they are made for an American audience since they tend to have a racist tone. But, this show was an opportunity to see even more of John Krasinski, so I agreed to watch it.

This show took my breath away. From the opening scene of the entire series, I knew this show was taking a different approach to terrorism driven storylines. This show starts out in Syria, with two boys, brothers, playing in their neighborhood in the 1980s. Then, the boys see a drone in the sky, and their neighborhood gets bombed. You see the eldest brother get up, pass his dead mother’s bloody body, and find his younger brother buried in the rubble. He helps free his brother, then they embrace, their bodies bloody and hurt, as they cut to the opening credits. As the show develops, we find out that the little boys grow up to become the terrorists Jack Ryan investigates. Then, the show continues in modern-day America, following a CIA analyst and ex-veteran, who discovers a discrepancy in some finance reports and ties them to an emerging terror group. As the show goes on, there are some terror attacks, and an investigation to track down the leader of the terror group. The show does follow the Americans’ quest to protect their homeland, but it also follows the terror groups and the leader’s, Suliman’s, family life. We see his wife run away from him as an attempt to protect her and her daughter from terrorism. We see Suliman’s relationship with his brother, who he tries to protect at all times, and we see Suliman’s reaction when he fails and his brother dies. By the end of the show, the audience is exposed to both the Americans and the terrorists. We see and understand both sides’ motives, desires, and emotions. This show does a great job of developing all characters and expressing multiple perspectives. 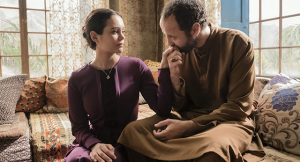 This show is extremely nuanced in how they portray Muslims characters. Most television and film portray Muslims, especially terrorists, as one-dimensional villains. They are painted as evil, sexist, oppressive, violent people who want to push their beliefs onto others. This depiction of terrorists has affected how Muslims are treated and how most Americans view the War on Terror. Anyone who actually studies terrorism understands that it is much more complicated than it seems. There are many reasons why terror groups are formed and why young Muslims are drawn to terrorism. This show does a great job of explaining some of these reasons: reacting to American aggression, dealing with Islamaphobia, protecting their families, etc. This show understands the complexities and the allure of terror groups and it does a great job of teaching its audience.

Jack Ryan exceeded my expectations. It has an awesome plot, complex characters, phenomenal story arcs, and it does an amazing job of portraying Muslim characters. This is more than an action series, but an educational tool to get a better understanding of what draws young Muslim people to terrorism. This has to be considered one of the wokest shows available to watch right now because Jack Ryan does a great job at humanizing Muslim characters.