My First Step Into Adulthood 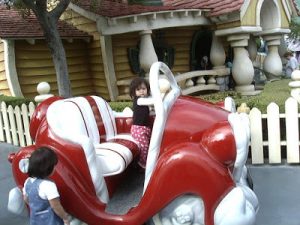 Adulthood is something every young person looks forward to. Ever since I was a kindergartener, I have imagined every aspect of my adult life. My favorite game growing up was ‘adult’. It is a very simple game. All you need is a room and your imagination. I would just sit, daydream, and sometimes act out my life as an adult. From when school let out until my head hit my pillow before I went to sleep, my house was not my house, but a New York City apartment. My bike was not a bike, but my Mercedes-Benz. My backpack became my briefcase, which I used as a New York City attorney general working under Jack McCoy. I would plan out lunch meetings and pretend to give closing arguments to a grand jury that was composed of my sister and my dog. I have outgrown this (mostly, as I still daydream), but this game is telling about my desire to grow up. To me the future was exciting, and I could not wait to get there, which is why I was always there, in my mind.

In our culture, we paint aging, growing up, and adulthood as a mistake that cannot be avoided. Peter Pan was happy because he never grew up. People look back at high school as, “The good, old days”. The political environment, economy, and social expectations we have of adults can make many people yearn for a time when they can be carefree. Childhood and youth are precious in our society. My own parents always tell me to, “Stay a child for as long as you can”. Still, I have always been excited to become a grown up.

This past Friday, I went to the DMV for my permit test. I passed. At first, I did not think of it much. I was happy. I still was not able to drive a car. Before being able to practice driving with your parents, it is required that you take one lesson with a certified driving instructor. On Saturday, the next day, I had my first driving lesson. The instructor picked me up from my house, and I drove her car. She had a car with a set of pedals on the passenger side of the car so she could control the vehicle. For two hours, I was driving, taking left turns, right turns, u-turns, changing lanes, and practicing all the basics of driving. Like before, I did not think much of this. In fact, my first thought after getting behind the wheel was, “Wow, this is a lot like bumper cars!” 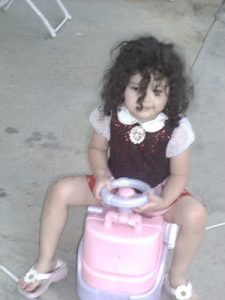 I was very calm and collected until I was driving through a residential area, and a little boy was playing ball in his driveway. I saw him playing and in my mind I played out a series of events. I envisioned his ball rolling into the street, in front of my car, and him running after it. Fortunately, this did not happen, and I drove past his house without an incident. However, it was then that I realized the power that I had. The state of California trusts me, a 15-year-old who burns her toast, with a 2,000-pound machine. The state of California allows me to drive on the same streets with families, mothers, fathers, bikers, and pedestrians. I realized that I have a huge responsibility. When driving, I am responsible for the safety of not only myself but of everyone around me. This made me understand why driving is an adult activity.

Adulthood seems so far away until it hits you in the face. It hit me in the face this weekend. I realized that I am on the path to adulthood. I am on my way to becoming something I have always wanted to be: an adult. I do not think I am an adult. I know I still have a long time until I get there. However, I do not think I am a child. I think I am in this transitional phase, where I am learning all the skills I need to become an adult, while not having any of the real responsibility of one. This weekend, I have taken my first step into adulthood. For some, this thought can be scary, but not for me. I am excited to see what the future holds. I wonder if adulthood is all I have dreamt it to be.