My Little Sister Who Could 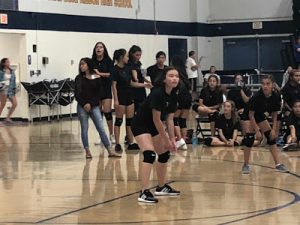 I have never been good at sports. In the past, I have tried (really hard) to be athletic. Alas, I have not proven to have a little athlete inside of me. My inability to play sports has been something I have been insecure about since I was in grade school. PE felt like public humiliation. My classmates would talk about the baseball game they saw the previous night, and I could not follow the conversation. As the last attempt, I tried out for every sports team my school had. I did not earn a spot on any team.

Perhaps my incompetence lies in the fact that my family does not watch sports, so I never developed a passion for sports or a desire to play any. This hypothesis checks out until you look at my sister. We were both raised in the same environment: one that did not care for sports, and never bothered to sign us up in any. I accepted a long time ago that I am not an athlete. My sister, on the other hand, refuses to believe this will apply to her, as three weeks ago, she tried out for her school’s volleyball team. The same team I did not earn a spot in three years previously.

I did not tell her this, but I thought it was a bad idea for her to try out. Her school takes volleyball very seriously. To even make the team, you have to beat some pretty fierce competition. Now, my little sister, who has never played on a sports team in her life, was going to try out. I expected to have to console her after tryouts (much like my Mom did for me when I did not make the team). I was pleasantly surprised to see her walk out of try-outs with a slight smile. She had secured a spot on the volleyball team.

Our house celebrated as we had never before. My sister did something no one else in our family could do: sports. Every day, she would come home from practice with a big smile on her face and more confidence. She would update me on her progress: how every one of her overhand serves made it over the net, how she would catch every pass, and how she would get faster and improve every day. For the past three weeks, she has trained, practiced, and has a new pep in her step, which I refer to as a champion’s march. However, that confidence faded when she found out she would be playing in her first game.

This past Friday was game day. She would be playing a doubleheader (two games back to back). As we entered the gymnasium, I could tell she was nervous. She went to warm up, and the buzzer rang throughout the gym, signaling the start of the game.

She wasn’t a starter, but she entered the game during the second set, where the team needs to secure their win. She performed strongly. No one could tell that was her first time playing volleyball. When we got home, my sister expressed her dissatisfaction with her performance. I was surprised because I thought she did outstandingly. Since then, I have not seen her champion’s march. 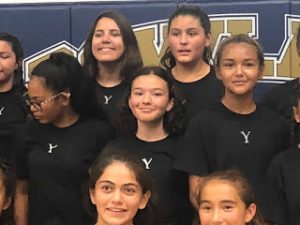 Even though my sister doesn’t think she did well, I could not be more proud of her. Despite our family history in sports, she believed in herself and her abilities and beat over 50 girls to earn a spot on a volleyball team that has won championships for the past six years. She has worked hard and has improved so much in just a few weeks. I can only imagine the astonishing player she will become. Seeing my sister play, with a raw joy and passion in her eyes, really made me understand why people love sports. My sister doesn’t realize that no one in my family could help her with volleyball. It made me proud to see her strength and ability because I know that she worked for that all on her own.

So, you know where I will be every Friday at 3:15: in a gymnasium, at a volleyball game, cheering on my little sister.

She is my volleyball champ.