I might be biased, but I think I work hard. I work my hardest and try my best every day because I want to be successful. It feels like sometimes, all I am striving for, all I am working for, is this idea of success. Getting into a good school, landing a good job, earning lots of money, and working your way to the top of your field is what we typically associate with a successful person.

Today was The Academy Awards, where Hollywood insiders give out the most prestigious awards anyone in the film industry can receive. Anyone who goes into the movie business imagines receiving an Oscar. Winning an Academy Award is the epitome of someone’s career and is the ultimate mark of success in Hollywood. 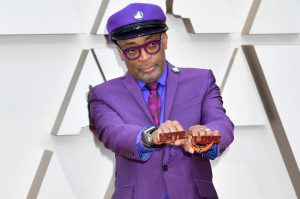 As always, this year’s Oscar winners were met with dismay. Much of the dissatisfaction pointed toward the winner of the Best Picture award: Green Book. I didn’t see Green Book, but even I was confused as to why this movie won. Well, not confused, as Oscar Best Picture winners typically focus on a character in entertainment and have themes of overcoming social prejudice. I was a little upset that BlackkKlansman, or more specifically, Spike Lee, didn’t receive the award.

BlackkKlansman blew me away. It was the great telling of a true story and a great look at race relations in modern America. It left an impact on me. I even dedicated my first post on this blog to that movie. So, for it to only receive one Oscar (to me) is ridiculous.

This is not the first time Spike Lee was snubbed of an Oscar. In 1990, he received no recognition for his work in Do The Right Thing, another movie that is considered a masterpiece. Spike Lee isn’t the only victim of an Oscar snub. Leonardo DiCaprio famously has been snubbed of well-deserved Oscars on multiple occasions. Avatar, the Wolf of Wallstreet, and What’s Eating Gilbert Grape; Leo didn’t receive an Oscar until 2016 for his role in The Revenant. This was a controversial win, as many critics of the award think this role did not deserve an award as much as his previous roles have. All of this controversy calls into question the legitimacy of the Academy Awards. Why are we trusting this award with so much prestige and to represent the epitome of Hollywood success and achievement? 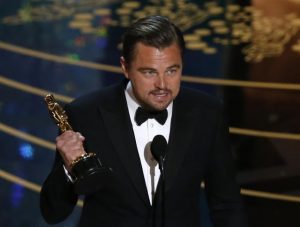